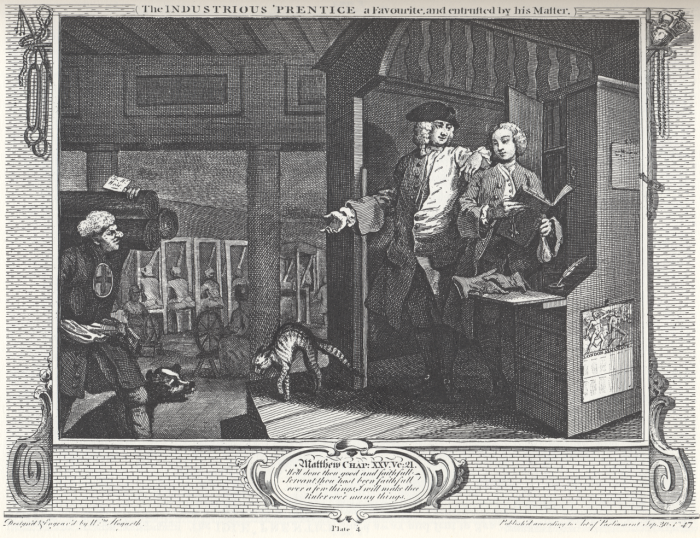 At this time if you wanted to learn a trade or skill you needed to become an apprentice. The only universities were Oxford and Cambridge, which were only for the rich or for the few, boys only, who could win scholarships. There were no colleges. So the apprenticeship system was very important – most of the boys and some of the girls who left the school went on to be trained in this way.

The system had been going on for hundreds of years, and meant that an expert in the chosen trade and the young person who wanted to learn had to make an agreement called an indenture. Usually the apprentice master agreed to teach the apprentice his skill for the next seven years in return for a sum of money. Often the apprentice lived at his employer’s house. During that time the apprentice was paid little (nothing to start with) but should end as a skilled worker with a chance to make a good living.

Officially apprenticeships were under the control of the Livery Companies. In earlier times these trade organisations had controlled most trade and business in London – they were closed shops, which meant that only their members were allowed to carry on that particular trade. By Cass’s time the companies’ power was waning, but they were still a force to be reckoned with.