How do we know? – historical evidence

Anyone wanting to find out for themselves about Sir John Cass or the history of his school would be able to discover many details as long as they had time to spare and know where to look. This is because most of the information is in libraries and archives, not in books or on the internet.

What is the evidence? 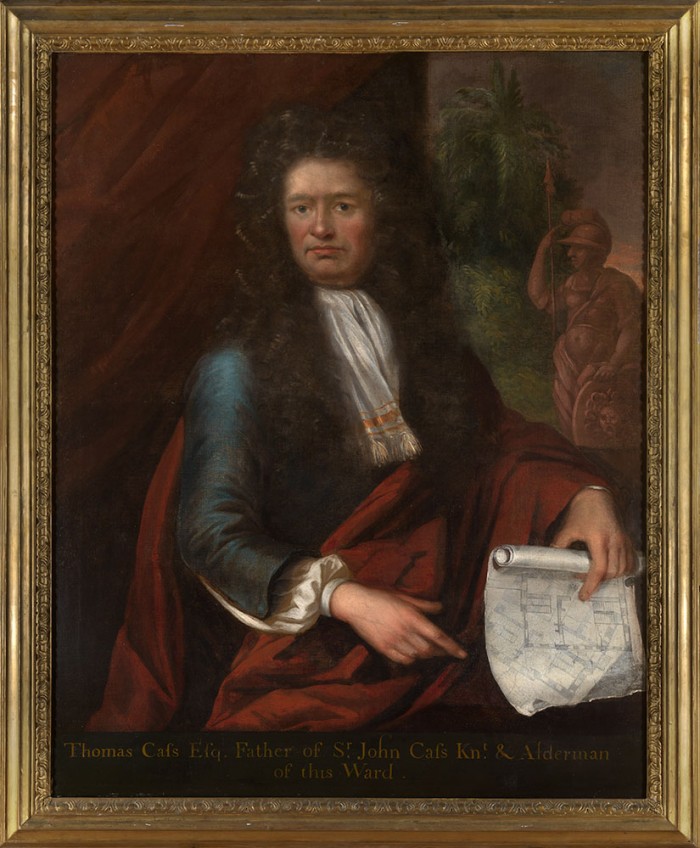 There are lots of different kinds of historical evidence. Almost every life and organisation, certainly by Cass’s time, leaves behind information of some kind.

In the time of Sir John Cass, all births, marriages and deaths are recorded. For poorer people, that may well be the only evidence left that they ever lived.

But for richer people, there are likely to be many more details to be found. Anyone with property is likely to buy and sell houses and pay taxes on them They will probably write letters. They may have pictures made of them – in the days before photographs, it was almost always the people who could pay artists who were painted and drawn.

This portrait is of Thomas Cass, father of Sir John. Thomas was rich enough to pay an artist to create this impressive image of himself in a fashionable wig.

They may be mentioned in a newspaper article or letters written by someone else. They are likely to be mentioned in legal documents, even if it is just when they make their will. If they have business interests they may be mentioned in papers relating to that work. When they die their executors (who are there to make sure their wishes are carried out) will write letters, and are may order an inventory (a careful list of everything they owned).

And also in Cass’s day, any organisation would have papers. This is true of a livery company, school, bank or charity. Often every detail was recorded – not just accounts but every small decision. The information was written by hand with a quill pen in ledgers or minute books as big as a modern desk and put in an archive..

Then luck and chance set in. Not everything about everyone has been kept over the years. People throw away their old letters; businesses decide that the archives of twenty years ago will not be wanted any more, but the space is. So much is thrown away. One the information is old enough, it starts to be interesting.

And besides deliberate de-cluttering, there are accidents, fires and wars.