In 1861, the school was growing as more and more children were seeking education and the Church Row School could not cope with all of them. The trustees thought for a time that they might build a boarding school out in Hackney, on land belonging to the Cass Charity, which was still quite open and green. This proved impossible to organise, so the Trustees took on a new set of buildings in Jewry Street. 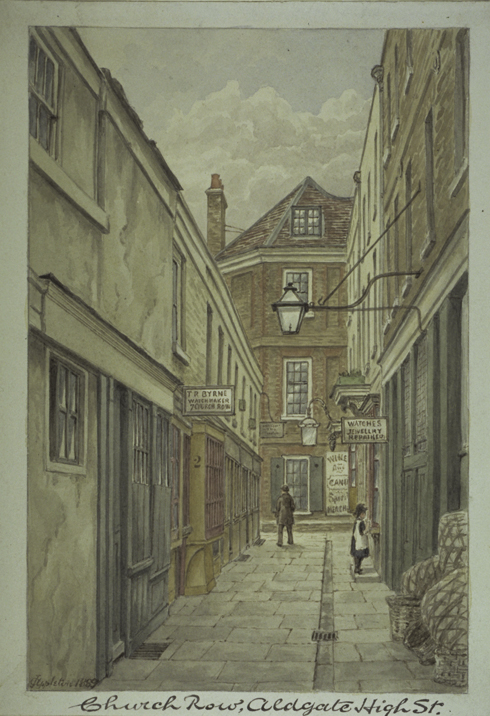 The main school moved there, but an intermediate school for younger pupils stayed in place in Church Row. A few years later, when education became compulsory in 1870, another department was added to the school, and Infants school in Goodmans Yard, right down in the south of the ward, near to Little Tower Hill. For many years the Church Row School educated of some of the local Jewish children, and had a teacher of Hebrew on the staff

In the 1880s, the numbers attending the Church Row School started to go down. This was partly because, as the Trustees records noted, many of the children’s homes had been knocked down to make way for the building of the Metropolitan Line railway, and the children’s families had moved out of the area. The Church Row school was given over to the local Education authority in 1890, and the Infants School, which was felt to be rather scruffy, housed in an old warehouse, was closed down. The main Cass Foundation School continued in the buildings at Jewry Street.