By the later nineteenth century school life included drill – physical exercise including marching – and dancing classes. The drill lessons included girls, and were taken by a retired army sergeant, who wrote reports to the trustees about his pupils and recommended some of them for medals. 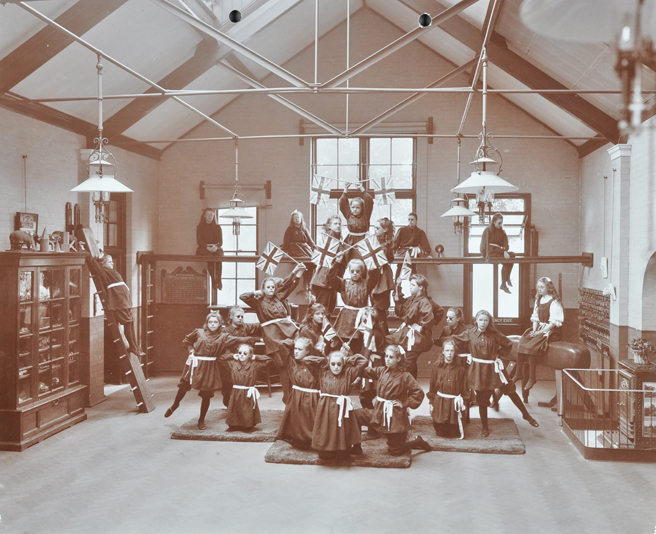 There was a choir, and some children took part in after school activities, many of which seem to have been musical. In the middle of the nineteenth century there was a group of “singing girls” who were in the church choir and attended practices in the evenings.

By this date it was accepted that education should include music, dance and sport, and the school had begun to supply them. And some of the “extra” classes took place out of school. Learning outside the classroom had officially begun.

We know that the children learned country dancing, and there begun to be a tradition of a big event on May Day, with a maypole, dancing and a procession with a May Queen. Some of the earliest photographs that have been saved are an album showing some of these celebrations.

From the pictures it appears that some of the children were in theatrical costumes, and it is likely that there was a mummers’ play as well.