The many small villages that surrounded Hackney – Lower Clapton, Homerton, and Well Street – were growing fast during Sir John Cass’s lifetime and continued to do so after his death. Daniel Defoe, visiting and recording in 1727 said that the various villages had all grown so big as to be one whole town, and so full of Londoners that, though there were still fields between Hackney and London, Hackney could almost be counted as a part of the City. 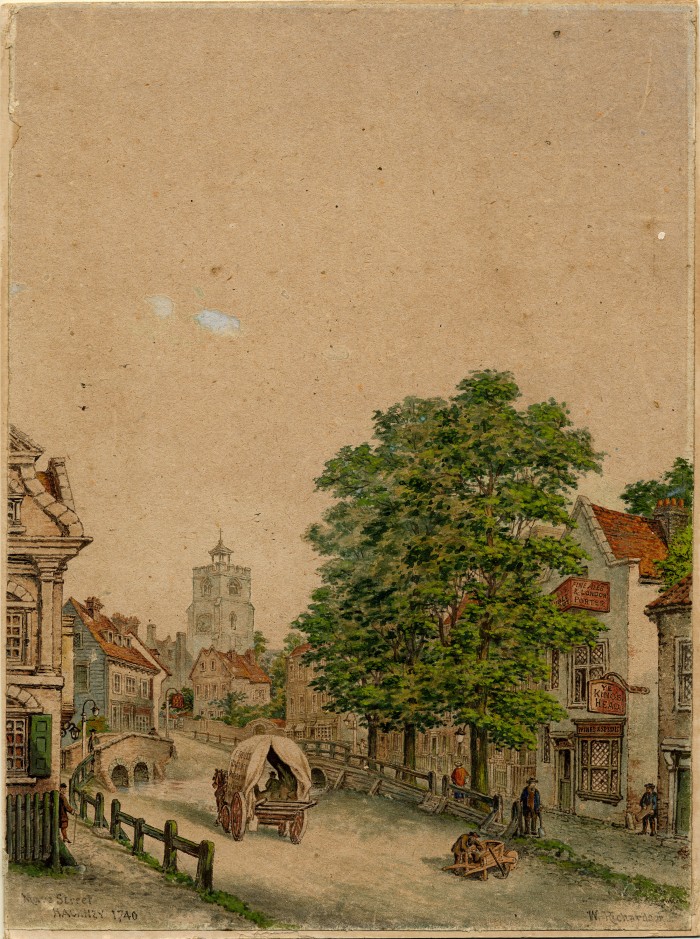 Certainly it was felt by the inhabitants that the old church, St Augustine’s , was no longer large enough for all the parishoners, and in the 1790s plans were drawn up for a new and impressive church, close to the old one at the north end of Mare Street. This new church, St John at Hackney, was finished in 1813, and, calculated to be able to hold two thousand worshipers all at once, is a good indicator of how large the population of hackney was thought to be at the time

There was still an air of countryside to Hackney. Although all the land along the main street from London Fields to St John at Hackney was built up, there was space for a famous family of plantsmen, the Loddiges, to set up a nursery in an area wonderfully named ‘Paradise Field’ behind Barbers Barn on Mare Street.