Hackney grew as London grew. As years went by many of the old houses and their lands were sold off, demolished and replaced with groups of smaller houses on new built streets. At the north end of Mare Street, Barbers Barn was demolished and Loddiges Place – four small houses, three of which are still there – built in its place. The Loddiges nursery gardens remained, and in 1825 they built one of the biggest greenhouses in the world ‘The Grand Palm House’ . It was eighty feet long, sixty feet wide and forty feet high. Visitors came from all over the world to marvel at it.

In south Hackney, the land round the Cass’s mansion in Grove Street remained fairly green until the start of the nineteenth century, let out to small farmers with the occasional plot leased to build single big houses on. Hackney Terrace was built in 1792, and re-named Cassland Road in 1845. Other small plots had been built on, but it was after 1845 that the area was most turned over to housing, with careful control from the Trustees. Better public transport only began to arrive in the area in the 1850s and in 1860, a visitor to Hackney, George Rose Emerson said it still had ‘an old fashioned air’ 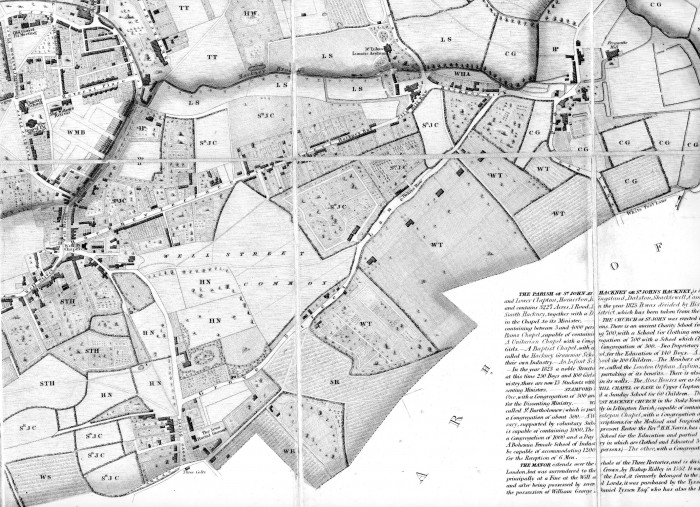