Clothes in another part of the city

While the pupils at the newly re-opened school were being issued with their uniforms, very different clothes were being ordered and made not far away. 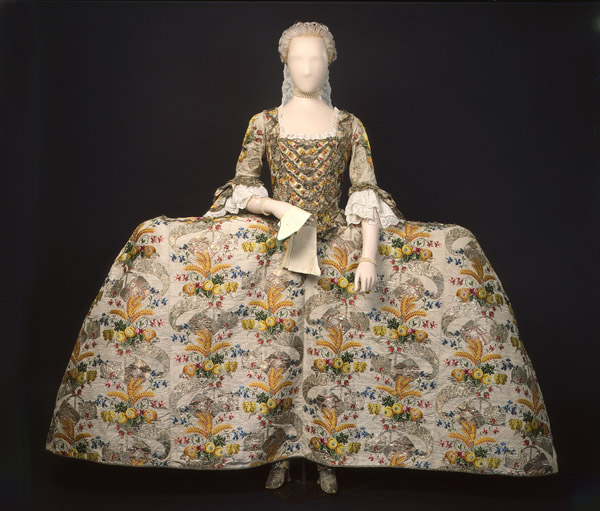 Ann Fanshawe was the daughter of Sir Crisp Gascoyne, a wealthy brewer with a business in Houndsditch, a house in Mincing Lane and a country estate in Essex.. Gascoyne was one of the people who helped to get the school re-opened, and was first Treasurer of the Cass charity. He was also a prominent City politician, and achieved his ambition of becoming Lord Mayor. When he did so, as he was a widower, his daughter Ann was his Lady Mayoress.

Then as now, Lord Mayors and Lady Mayoresses attended many social events, and doubtless Ann needed many new clothes to help her fulfil her role. One of her dresses is now in the Museum of London.

This is one of the mantuas that some of the girls from the Cass school would soon be learning to make. It is the very height of fashion for 1753, with the very wide “elbow hoops” that only the grandest ladies wore. This mantua is made of silk woven in Spitalfields – it contains 14 colours and four different kinds of silver thread. The design is brocaded – this is woven into the silk, not printed – and includes barley and hops to refer to Sir Crisp Gascoyne’s brewery business. So we can be sure the silk was a special order, and was extremely expensive. Remember that every stitch in the dress was made by hand, often through several layers of heavy silk. 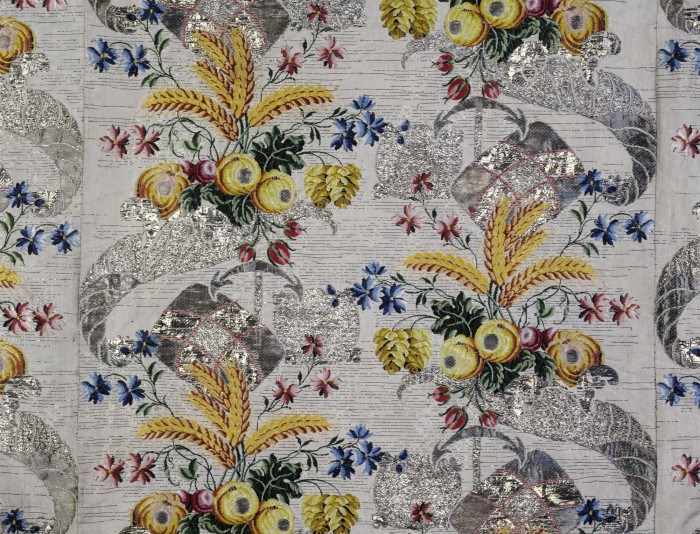 Ann is likely to have worn the mantua to an evening event, so the silver threads would have glittered in the candlelight. She may have had fine lace ruffles at her neck and elbows, and would almost certainly have worn an eye-catching and impressive necklace and earrings. Hair styles were fairly small and neat.

Sir Crisp Gascoyne would have worn a powdered wig whenever he went out. These were no longer the full, curly wigs of Sir John Cass’s day, but were white, smooth and with just a few curls over the ears and the back hair in a pony tail. For the kind of party for which the mantua was made, he would also have worn a long coat, an embroidered waistcoat, knee breeches, stockings and elegant high heeled shoes, all in fabrics just as bright and expensive as those worn by his daughter.