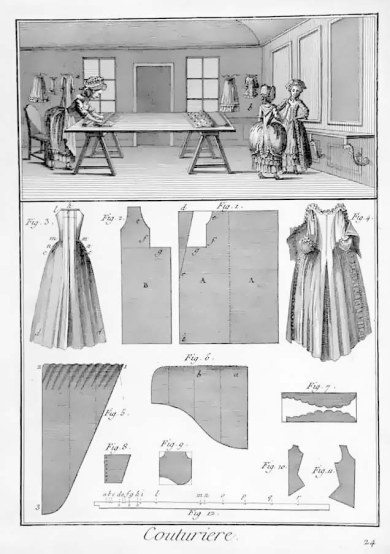 Clothing was very expensive and a good outfit was an important asset. Almost all clothes were made to measure – certainly there were no standard sizes. There were different specialists to make men’s clothes (tailors – these also made some clothes for women), women’s clothes (mantua makers), hats and shoes, and often a customer would provide their own fabric and trimmings, bought from the clothworker and mercer. Silks were woven in Spitalfields, less than a mile from Aldgate.

Fabric was woven on hand looms, most of it in this country. Both wool and silk weaving were important trades, and when ready-woven cotton began to be imported, there were riots and the cotton was outlawed. 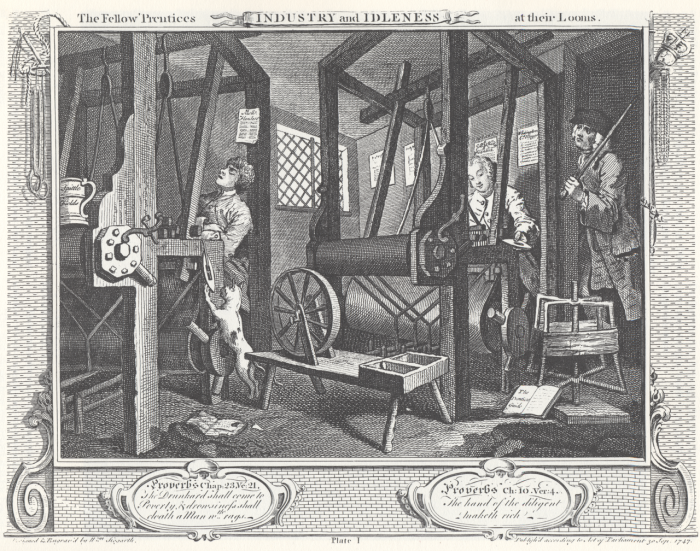 And as this was long before the days of sewing machines, all clothes were sewn by hand, a skilled and time-consuming processs.

All this meant that clothes were extremely expensive. A good coat or gown was expected to last a lifetime, and it was common to leave clothes as well as jewellery in a will. Towards the top of the social scale a kind master or mistress would pass on clothing to a trusted servant. Poorer people might well never have any new clothes, buying instead from the many second-hand shops in London. 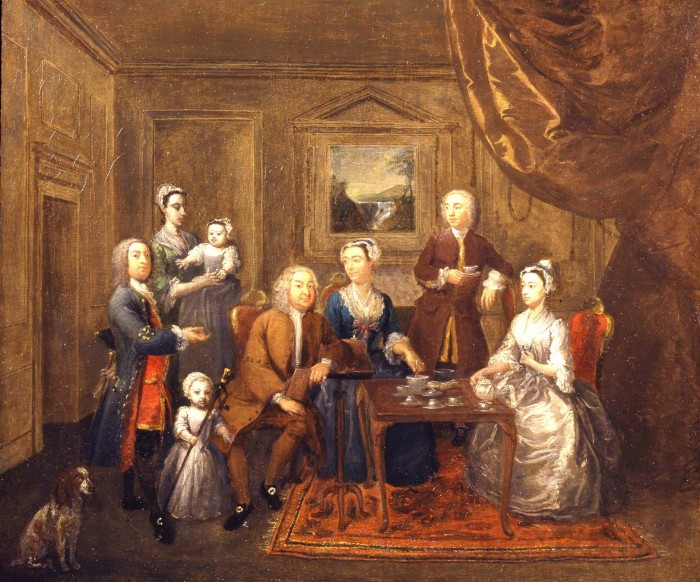 It was still expected that a person would dress to reflect their “station in life”. There were complaints if someone of humble status dressed finely. Samuel Pepys, writing in the 1660s, records that he had spent a fortune on new clothes for himself and his wife, partly to demonstrate his new-founded importance. A few years later, one writer observed that in cities,

“People, where they are not known, are generally honoured according to their clothes and other accoutrements…it is this which encourages everybody to wear clothes above his Rank”.

One of the reasons that the authorities disapproved of the new cotton clothes so much was that they were cheap and meant that servants could afford to follow the fashion and be mistaken for their masters.