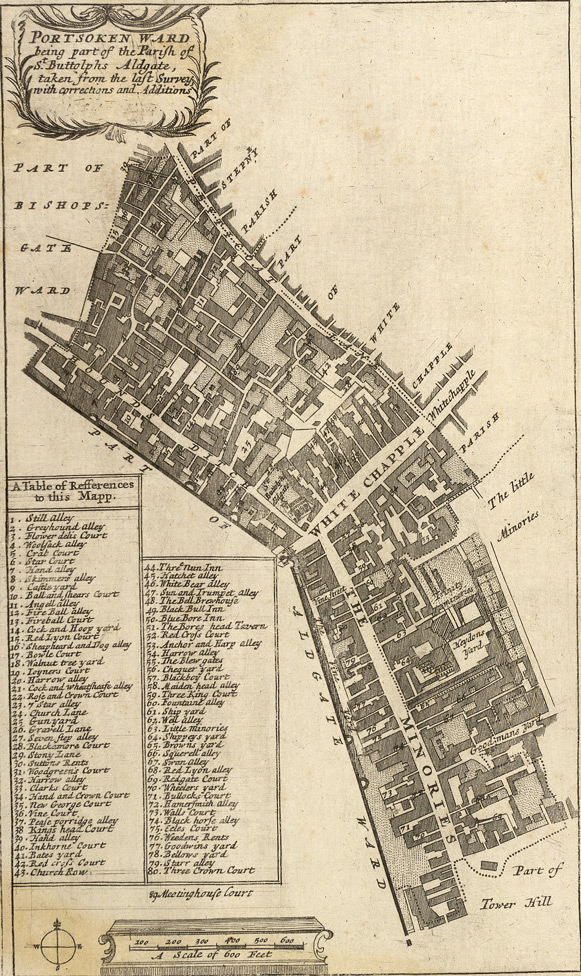 London in the 18th century was divided up into ‘wards’ for organisation and administration as it had been for hundreds of years. Portsoken is one of these wards, the area of London that Sir John Cass chose to place his school in: he was born in the area, though he grew up in Hackney, and as an adult he was involved in the political life of this ward.

The area is a long oblong reaching nearly to Bishopsgate in the north, Prescott Street in the south, Bevis marks and Vine street to the west and Petticoat Lane and Mansell Street in the East. Aldgate High Street runs through the middle of it. It is just outside the old Roman walls – Houndsditch was the ditch on the outside of the walls, but still part of the City of London