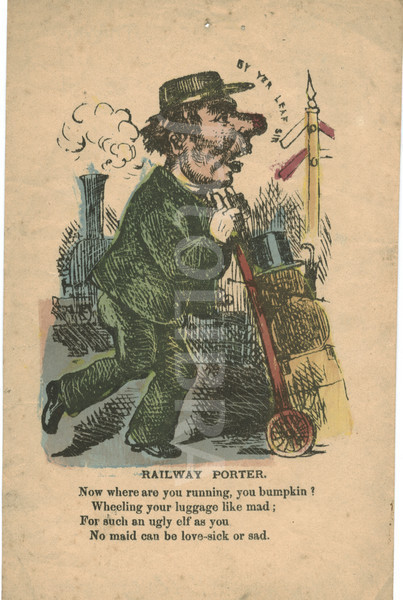 A century later, the children going to school lived in many of the same houses in the same streets as their predecessors. They had very similar names – Elizabeth, Sarah, Anne and Isabel were popular for girls, George, Charles, Thomas and William for boys. Even many of the fathers’ occupations were the same, with a mixture of skilled trade, shopkeepers and porters. These, however, had been joined by policemen (a recent invention) and workers in the new gas companies and railways.

By this date a Visiting Committee, consisting of some of the trustees, looked after the day to day running of the school, and so there is somewhat less personal detail to be found in the minute books. However, any major matter was referred to them. For example when George Mitchell was expelled for “frequent acts of incorrigible misconduct” the decision was referred to the full meeting of trustees.

Yet, despite this appearance of continuity, the City was changing fast. The coming of the railways brought about immense changes. Among other things it meant that better-off City workers could now live further from their place of work. This meant, of course, that the population of the City began to drop. And in turn, this meant that there began to be problems in finding enough children to fill the places in the school.

At this time the Charity Commission came into being, and Sir John Cass’s Charity was one of the earliest organisations to come to its attention.