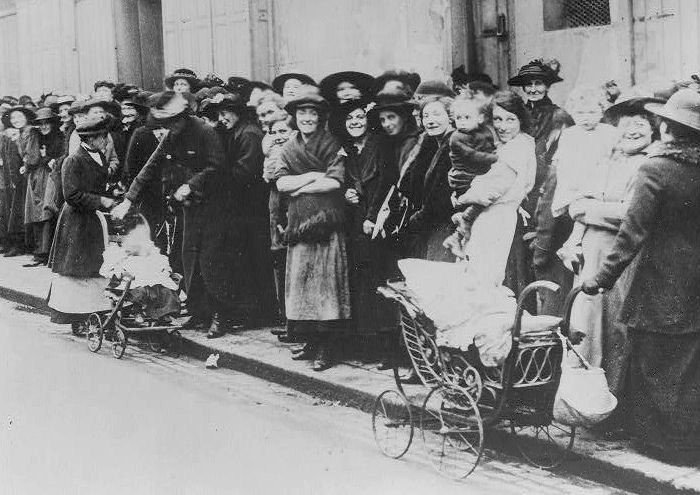 During the First World War the school remained open, although the numbers fell as parents sent their children out of London for safety.

One of the difficulties of London life during this time was the food shortages. The school managers struggled to get enough supplies for the children. Attempts were made to share the food that was available, and in the end a system of licensing was brought in. The minute books record that the managers could only get a license for a quarter of the amount of sugar that they wished to buy. Full-scale rationing was introduced during the last months of the war. 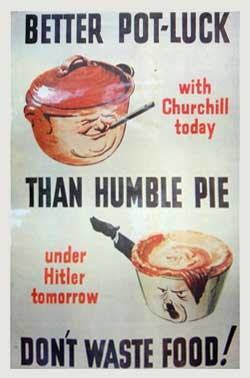 For much of the war, meat, eggs, butter, sugar and tea were rationed, and only a small amount was allocated to each person – for example, you only got one egg each week.

The children of the school grew vegetables, which they were given to take to their hosts to help provide adequate meals. Many people raised their own fruit and vegetables during the war, and some also kept chickens.