Food for the many 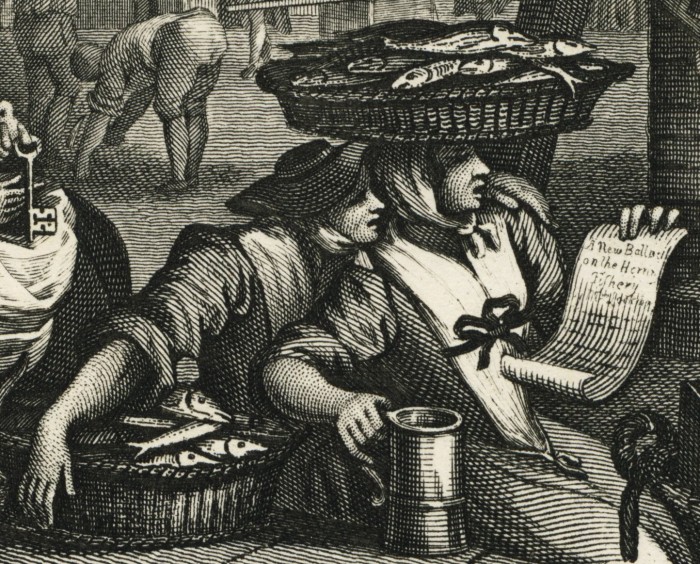 At this time “the middling sort” of Londoners could afford to eat well, if not on the scale of rich merchant households. An Aldgate shopkeeper, for example, would expect to have a hot dish of meat or fish for dinner, with bread and beer or ale. Pies and savoury puddings were also very popular.

Eating well was very important, and everyone except the best-off would expect to spend around half their income on food and drink.

Tea, chocolate and wine were for the rich, but beer and ale were for everyone, and sugar was becoming increasingly affordable. In fact food prices, including the prices of many imported goods, were dropping at this time.

All food was seasonal – by the end of winter there was little milk, few eggs and limited meat. And the only methods of preservation were salting, pickling and bottling. No amount of money could buy you fresh strawberries in February or spring lamb in November in Sir John Cass’s time.

But much of what was available came to London – all round the city there were market gardens and farms all of whose produce went to feed Londoners.