In the first half of the nineteenth century girls and boys as young as nine had operated dangerous machinery in factories and pulled coal wagons in mines. And it had taken campaigners many years to put a stop to this. Many employers fought fiercely against the changes, arguing that their businesses, and the national economy, would suffer if they could no longer employ children, who were cheap and useful.

The same campaigners, and others, argued that all children should get an education as a right. And even more people fought even harder against that idea, arguing that if you educated the poor they would get ideas above their station, demanding rights and wanting the vote. 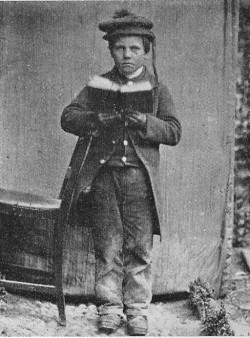 But at last, beginning in 1870, a series of Acts of Parliament brought the schooling to all children, not as a favour but as a right. This meant that many new Board schools opened, and Sir John Cass’s School had to work alongside these.

The trustees responded to this by opening a two new schools. One, in Goodman’s Yard, was for infants, the other, in Church Row, for all children, not just those who belonged to the Church of England. The original school went on as before, and for some twenty years all three schools served the local area.

By this time many Jewish families were living in the City, and many of their children attended the new school, which employed a Hebrew teacher for them.