Duke’s Place in the Blitz 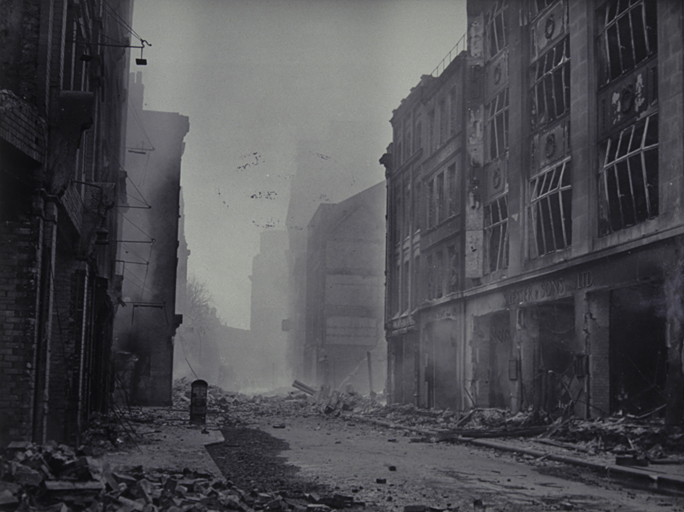 The Blitz is one of the most famous, and the most traumatic, periods in London’s long history. Over several months the Nazis tried to destroy the city – thousands of bombs were dropped in hundreds of air raids, and London and its people suffered as never before.

The night of 10th May 1941 is remembered as the worst night of the Blitz. 1,436 people were killed in air raids; the Tower of London was saved only with great difficulty – five Wren churches and London’s oldest house were not. Only one station was operating.

The damage caused to the Cass Foundation School building that night was on a small scale in the face of all this.

“Two incendiary bombs fell through the gymnasium roof. These were put out and immediately afterwards it was found that one had fallen through the roof on….the other side of the building…the lantern light was ablaze and was put out by J Patterson, the school keeper…while this was being done an HE bomb came through the roof of the housekeeper’s quarters, passed through the classroom beneath and exploded in the hairdresser’s shop below…a number of doors and window frames throughout the building were also damaged and windows broken…”.

The trustees wrote a thank you letter to Mr Patterson and gave him a pay rise of two shillings a week. They had trouble getting the materials to repair the damage – along with almost everything else, bricks and glass were in short supply during the war.